16 October, 2019 by Claudia Tostado No Comments

The town was named after Saint Rosalia, although the reason for the name is not quite clear since the Misión de Santa Rosalía is not located by the town, but rather in Mulegé, about 100 km (62 mi) south, and the local parish is devoted to Santa Bárbara.

Santa Rosalía boasts French influence, particularly in its architecture. The French company El Boleo founded the town in 1884 and exploited copper mines there until they closed in 1954. They built houses and installed the metallic Iglesia de Santa Bárbara, which is argued to have been designed by Gustave Eiffel.

Unlike many other mining sites, the industrial facilities which are located in the very middle of the town were never dismantled. Of particular interest are the reverberatory furnace and the metallurgical converter, although they are currently not accessible by the public due to safety concerns. Old locomotives, mining equipment, and machinery are visible everywhere. The main mining company offices (La dirección) have been converted into an industrial museum.

Santa Rosalia is recognized for its authentic beauty and its airs of a French city between the Mexican desert and the sea. Its Gallo-style architecture makes it a unique place in our country. At present, the industrial facilities of the old mine remain a witness to its flowering.

Santa Rosalía is a town of Baja California Sur located in the municipality of Mulegé on the shores of the Sea of ​​Cortez. This town considered a small city is the main head of this municipality that stands out for spectacular desert landscapes facing the sea. It was founded by Europeans, who began exploring the region in the early 1700s as part of the evangelization process. Almost a century later, after discovering the abundance of valuable minerals in the region, the Compagnie du Boleo mining company from France was founded in this port, which obtained the concession thanks to President Porfirio Díaz.

The French company began to create a mining empire in this town, for which it ordered the construction of houses, churches, and schools for the families of thousands of workers. For more than 50 years, until the early twentieth century, Santa Rosalia was the only city on the peninsula of Baja California with electric power, and the second in the country, after Mexico City.

Thanks to the exploitation of copper deposits, this town experienced a time of great technological abundance at the time, which came from Europe to keep the mining facilities in optimal conditions. However, after depleting the natural resource of the region, the company closed its doors leaving a town already consolidated as one of the strongest economies in the Northwest.

Currently, all the houses and buildings of the city center keep intact the French colonial style of that time, as an act of preserving the tradition that formed this town. In addition to being a tourist attraction, since there is no other place in Mexico that maintains this architectural style.

The Government Palace, the Church of Santa Barbara, the French Hotel and the Barrio Francia, is the oldest and most representative buildings of that time, for which they were based on designs by the same engineer Gustave Eiffel, creator of the Eiffel Tower, a world icon.

In addition to the French atmosphere that maintains the town, Santa Rosalia is also famous for its old bakeries, French legacy, which make a rich bread in a stone oven as it was then.

Among the natural attractions that surround Santa Rosalia, we can highlight the beautiful beaches of Bahía de Concepción and Las 3 Vírgenes Volcano in the middle of the desert, one of the highest peaks of the peninsula. To get to this place there are two options: the land route by the Tijuana-Los Cabos Transpeninsular Highway, or the sea route, through a ferry that connects with the port of Guaymas, Sonora.

The Church of Santa Barbara is the first prefabricated church that was installed in Mexico. It was brought from Brussels at the end of the 19th century by the then director of the mining company El Boleo. Besides, it was designed by Gustave Eiffel in 1884 and was exhibited at the world exhibition in Paris in 1889. Installed in Santa Rosalia in 1897 and built entirely with iron, some stained glass windows of great artistic value stand out on its altar. The ornaments, the chandeliers and the Gothic altarpiece of the altar were imported from Europe.

In the Museum and Municipal Archive, in what were the former administrative offices of the mining company El Boleo, an important collection of pieces, tools, and objects that guarantee the prosperous mining past of the region is now exhibited. In its French architecture, characteristic of the time, its facade stands out, where exterior corridors with railings and wooden slats can be seen.

On San Marcos Island you will meet some active and huge gypsum mines, which are only 30 kilometers by road to the south of Santa Rosalia; They will take you to the small town of San Bruno, where a small population of mining workers lives. The waters that surround it represent an adventure for expert divers, who will find reef banks and marine species such as dogfish and sharks.

You can visit the Tres Vírgenes volcano where you will meet some active and huge gypsum mines, which are only 30 kilometers away by road to the south of Santa Rosalia; They will take you to the small town of San Bruno, where a small population of mining workers lives. The waters that surround it represent an adventure for expert divers, who will find reef banks and marine species such as dogfish and sharks. It is one of the three geological formations that are part of the volcanic complex, together with the Azufre and El Viejo volcano. It is located 33 kilometers by road to the north of Santa Rosalía, it is the favorite volcano of mountaineers and climbers who like challenges since its altitude is 2,554 meters above sea level. From its cusp, a large part of the splendid Mar de Cortés is observed, while its southern face flows into a large crater. The Geothermal is located right here, from where the electric energy flows to Santa Rosalía and San Ignacio.

Undoubtedly, a place that is worth knowing and the easiest way is with Easy Trip. Let us take you. 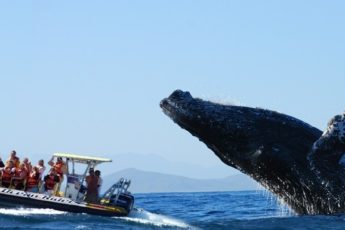 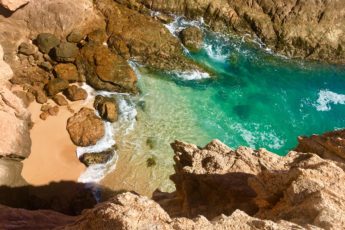 « Previous post
8 tips for smooth traveling on planes and airports! (and some extra tricks)
Next post »
Two enchanted places: The magical towns of Todos Santos and Loreto.
Visit Site 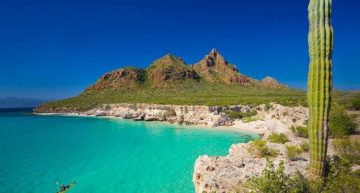